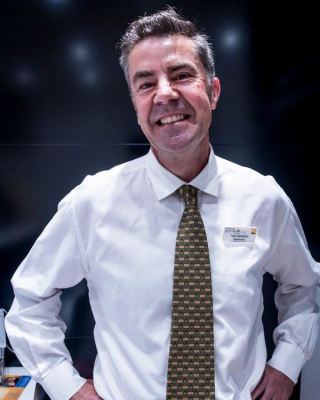 Peter gained his Optometry degree at UNSW in 1981. He lived and worked in England for seven years and became a Member of the British College of Optometrists. He opened Forestway Optometry in 1993, relocated to Glenrose Village Shopping Centre in 2015.

He has an interest in cataract, macular degeneration and glaucoma detection and in giving his patients premuim Rx lens options for their vision needs.

He stays fit playing over-45 football for Wakehurst Tigers and plans to continue to look after the eye health of the Forest community for many years to come.